I love underdog stories. Especially when the turn around is one of America’s great industrial family dynasties.

In the heart of the great recession no one would have thought that an American car maker was on the verge of one of executing one of the greatest business turnaround strategies of our time. But at the glass house, Ford’s Alan Mulally was executing his vision and pulling his team together to mount a comeback that reads like fiction.

I just finished reading American Icon, Bryce Hoffman’s account of the comeback at Ford. In the words of Ford’s founder:

…people go down with businesses because they like the old way so well they can’t change. – HF

The icon of American automotive had a culture problem that was painfully obvious in Ford’s balance sheet.

Today, another titan is finding themselves stuck with a culture problem resulting in a catastrophic recall of more than 20 million vehicles and fatal damage to GM’s brand. There is plenty GM could learn from Ford‘s turn around. But, what was so successful about Ford’s turnaround? What can be skimmed from the lessons learned and applied to any business attempting its own turnaround or any individual overcome their own professional challenges?

Four key lessons rise out of the pages of Hoffman’s book.

First, pages could be written about the success Ford has had since standing on the edge of demise. Business classes on college campuses across the country will certainly discuss the merits, tactics and strategies of the turnaround but a few key findings rise to the top. Second, for a thorough understanding of the turnaround that Ford experienced, I strongly recommend reading Hoffman’s book. It reads like fiction and at times you wonder if it’s even real, the maneuvering, posturing and hold your breath edge of your seat moments will make it a quick read. Ultimately what saved Ford came down to: fresh eyes, timing, data-centricity and fierce focus.

Chief among the problems Bill Ford needed to tackle was Ford’s toxic culture. In order to do that he needed an outsider. Arguments about the choice of Mullally as CEO aren’t the point of this review. The point is someone outside of Dearborn needed to reflect on the woes of Ford and offer and new approach to solutions. Ultimately, Mullally was successful so opinions about whether he was the right guy or not is moot.

Fresh eyes on any problem or challenge to a business strategy are a great way to combat the block an organization is facing. Whether you pull in someone from other functions or other industries, gaining perspective is step 1 to setting a path towards turnaround or finding your solution.

Ford was victim to a lot of bad timing: economic collapse, legislation etc. However, in many cases timing was perfect for some major decisions by Ford. For example, the decision to mortgage everything, including the blue oval, to finance Mullally’s turnaround.

Spending time to vet a decision is important. But [pullquote]sometimes, timing is of the essence and you need to just do. For Ford, had they spent any more time contemplating the pursuit of capital, it may have been too late.[/pullquote]

One of the first things Mullally implemented at Ford was his Business Plan Review (BPR) meetings. This was something Mullally had perfected while at Boeing. A weekly meeting in which every department had broke down their efforts into analyzable progress. Moving the operations of Ford into a data-centric review in the BPR gave Mullally and his team a way to monitor when challenges were and adjust to them in near realtime. When the heat turned up, on ford, this data-centricity is what saved the company allowing the organization to react and adapt.

As a CEO, Mullally never lost focus. From the boardroom, to the lunchroom to the convention floor, Mullally simplified his plan for Ford down into a memorable strategy. He went so far as to print it onto cards for Ford employees. No matter who was challenging him with questions, he answered with data and results aligned to the vision.

A CEO or representative of an organization needs to instill confidence in everyone and be able to tie action, results and focus together so he/she can march in the direction the company needs to go as well. Many people say the CEO is the number one salesman. It’s not necessarily about selling the next car or account, it’s about selling belief in your company like Mullally did.

There are many lessons to gain from watching turnarounds of companies like Ford or Apple. These are a few takeaways I pulled. Read Bryce Hoffman’s book and come back and share with me what lessons you’ve learned in the comments below. 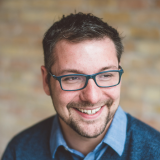